In the spirit of Halloween, here are 13 additional horror masterpieces that just missed the cut for making my top 10 list.  Enjoy--and Happy Halloween!

Another American horror film based upon a Japanese movie [“Ringu”], this thriller shows what happens after people watch a cursed video tape that causes the viewer to die 7 days later.

Surprisingly clever film about a group of people who run afoul of a sadistic clan of mountain folk after their vehicles break down deep in the wilderness of West Virginia.

Friday the 13th Part II
Don’t laugh—this early installment in the Friday the 13th series is a hidden gem, revealing the origin of deformed / deranged teenager Jason Vorhees before he became the cheesy unstoppable juggernaut of the later sequels.

A construction crew is contracted to renovate an abandoned insane asylum on the night shift…what could possibly go wrong?  The creepiness factor of this movie ratchets up after one of the workers discovers audio tapes of a former inmate’s psychiatric sessions and decides to play them to pass the time while he works.

28 Days Later
This film innovated the popular zombie apocalypse genre by reinventing “zombies” into relentless monsters who are as fast as normal humans.

A group of women spelunkers get hopelessly lost underground while exploring an uncharted cave system, where they encounter albino, carnivorous humanoids.  The relatively uncreative monster aspect of this film doesn’t diminish the nightmarish, claustrophobic scenes where the protagonists are forced to squeeze through [and frequently become stuck in] crevice-like passageways that are too small for people to fit through.  A must see for any horror fan.

Nightmare on Elm Street
A pedophile burned to death by vigilante parents returns to stalk the nightmares of his killer’s teenaged children.  Wes Craven’s cinematic opus, this brilliant concept should not be diminished by the poor quality of the sequels.

I saw this movie recently, and although I was disappointed by how dated the special effects were, I was struck by the raw terror this film still inspires.  “They’re he-errre….” 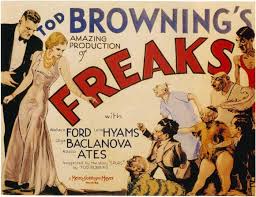 This classic’s [1932] utilization of actual circus freaks in the cast gives the film unforgettably striking visual imagery.  The corny ending won’t bother you, given how scary the 10 minutes leading up to the ending are.  An obscure must-see for any horror fan.

Take my word for it--this Japanese horror film is one of the most surreal horror movies of all time.  What’s in the bag?

Although this silent film [1922] was a blatant Dracula rip off, the shocking appearance of Max Shreck, the actor portraying the vampire, makes this film memorable despite the lack of dialogue.  Sherck’s performance is so frightening that it inspired a 2000 film, Shadow of the Vampire, that addresses the question about whether Shreck was an actor or a real vampire. 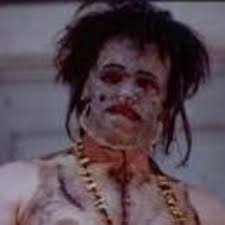 This movie is a somewhat fictionalized dramatization of the life of America’s first [and most  notorious] serial killer.  Despite being more of a drama than an overt horror movie, it has several unforgettable scenes that are truly horrifying.
Posted by Ryan Neil Falcone at 6:54 AM

Register below to receive updates by e-mail