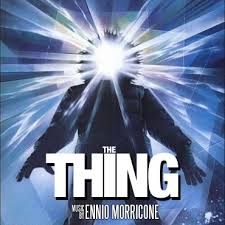 Yet another John Carpenter film to make this top 10 list, this remake of a classic 1950's film bends the Sci Fi / Horror genres to unparalleled dramatic effect.  The film centers around a group of scientists who discover an alien spacecraft buried in the Arctic ice.  Although the film's special effects [state of the art at the time the film was released] might seem dated by today's standards, the themes conveyed in the movie are primal:  complete isolation, nowhere to run, and an inhuman monster that looks and acts exactly like us.

Posted by Ryan Neil Falcone at 6:32 AM

Register below to receive updates by e-mail